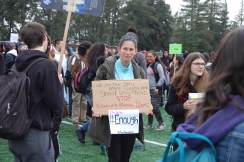 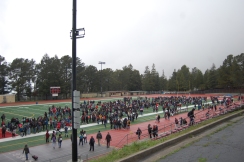 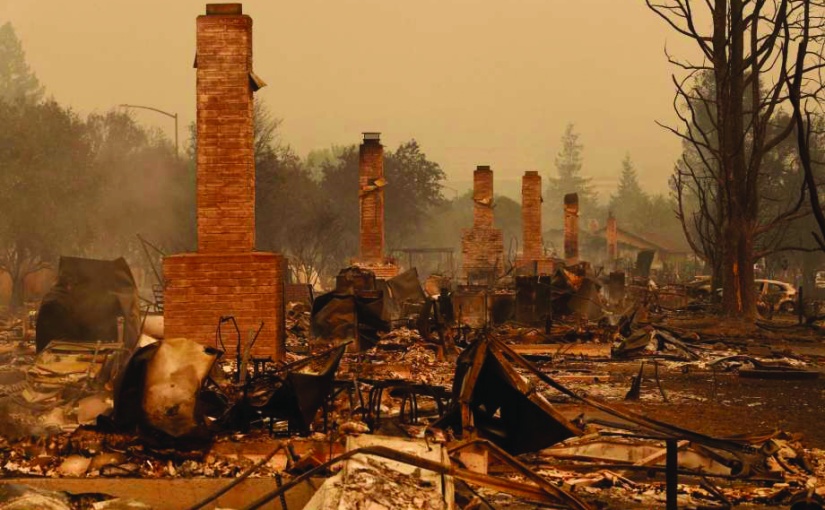 When massive, deadly fires raced across North Bay counties ahead of hot winds this October, Skyline students mostly paid attention only through the news, or because of the smoke pollution that drifted down to Oakland over the next weeks.

“The smoke made my chest hurt and I had to wear a mask,” said Nevaeh Iglehart, a junior.

However, for Skyline history teacher Mr. Johnson, who commutes to daily from one of the counties most affected, it hit a lot closer to home, literally.

“Twenty of my friends lost homes,” said Johnson, who lives in Sonoma County north of the most destructive of the dozen fires that were burning then. Called the Tubbs fire, it killed 22 people, destroyed 5600 structures, and became the most expensive wildfire in California history, in terms of property damage. “It was stressful, everything was gone.”

While his own residence was safe, Johnson missed several days of teaching as he volunteered in the distressed zone, helping friends and even making soup in shelters for those displaced by the flames. He said pictures could not capture the destruction he witnessed.

For Skyline students, though, the main impact was several days of extremely polluted air as smoke drifting from the fires created unhealthy conditions around the Bay. Some students overreacted, believing they were going to die, and parents were concerned enough to repeatedly call Oakland Unified to ask whether or not school would be cancelled.

“The smoke made it uncomfortable to be here,” said junior Elise Luna.

Students who have certain health problems, such as asthma, were particularly affected. Some after-school events and practices were cancelled, and attendance on some days was way down, but the school stayed open each day.